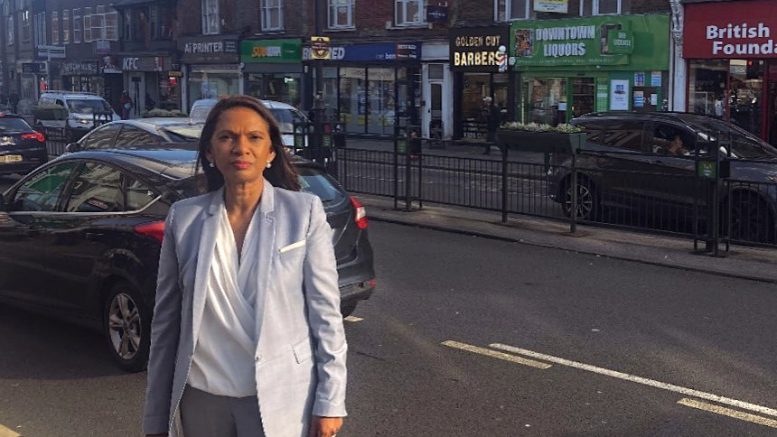 Daniel Roy Connelly has been announced as the True & Fair Party Prospective Parliamentary Candidate (PPC) for York Outer, being 1 of 9 candidates announced to campaign to be an MP.

The 56-year-old is an ex-diplomat, professor, author and Shakespeare expert is entering national politics for the first time.

It is expected that there will shortly be further announcement of candidates, including one for Harrogate.

The True & Fair Party was launched by Gina Miller earlier in 2022, to tackle political corruption and institutional weaknesses, and campaign for the modernisation of UK democracy.

The True & Fair Party is in its infancy, so we are focusing our resources on 20-30 seats held by those who have been propping up an embarrassment of a government.

What we aim to do is show that politics is no longer about right and left, but right and wrong.

Our candidates represent what is good about British society, they want the best for our country and are passionate about fairness. Working together, this is just the start of our mission to clean-up Britain’s dirty politics.

1. Why have you decided to put yourself forward as a T&F candidate ?

Until this year, entering politics had never been on my to-do list. Things changed with Partygate. I have, like much of the country, been repulsed by how those who govern us actually treat us. I couldn’t quite fathom how the politicians we have charged with running the country could be so brazen with our trust. They should serve the public, not themselves. And in every Partygate photo we saw our leaders serving themselves; this while a viral catastrophe was killing hundreds of thousands. It is not just unacceptable, it is disdainful.
Furthermore, as we learn on a daily basis, there are many damaged people in politics, and damaged people damage people. Westminster presents an enormously toxic environment, one which quite rightly repels voters. I have decided I’d like to help recalibrate national public service, to bring honesty, empathy and compassion back to frontline politics. The True & Fair Party stands alone in the clarity of its policies. That’s why I’ve decided to put myself forward.

2. What do you believe makes you the right person ?

What I believe makes me the right person is the fact that when I look at my life, I realise I can account for my day-to-day existence under the 7 Nolan Principles of Public Life, which broadly stipulate accountability, openness and integrity. Though I am under no obligation to countenance them, it so happens that these qualities are key to how I live. Millions of us in the UK are the same, as a nation we are honest and compassionate. I don’t think it’s too much of a stretch to expect the same from our government. The mess they are in brings me the energy and the purpose to help restore decency and fairness to politics.

3. There are a number of new political parties like Reform UK, Heritage Party, Yorkshire Party, and Reclaim party, to name a few, what made T&F the right party for you, amongst them ?

What I really like about True & Fair – and something I was very clear about in my interview with the party – is their forceful commitment to cleaning up politics. The party is very focussed in its goals and I am struck by True & Fair’s determination to go up against the toxic Leviathan that is Westminster.

Beyond anti-corruption, the party speaks plainly and directly on a vital range of policies including closing tax loopholes, Proportional Representation, NHS and House of Lords reform, post-Brexit pragmatism with Europe and youth engagement. I don’t see where Reform UK et al match those ambitions.

4. Gina Miller is the T&F party leader, many will know her through opposition of brexit. Does T&F have a policy towards brexit ?

In and of itself, Brexit is a done deal. We’re out. As someone who has worked and raised a child in Europe, this pains me greatly. My son’s future prospects have been limited, something any parent would find troubling. Gina has spoken very clearly about Brexit and her message is of hope – that we can fashion a mutually beneficial relationship with Europe, without losing our independence or sovereignty.

She understands as well as I that rather than looking backwards, we must reshape our relations with Europe going forwards. Personally, I’d love one day to tell my son that Europe is open for him again.

5. Do you think the political landscape of York lends itself to T&F doing well ?

I do. York Outer – which I am seeking to represent in parliament – has been Tory since its inception in 2010, joining the swathe of blue seats through North Yorkshire. York Outer doesn’t appear to be a priority for Labour or the Lib Dems; there is, as of now and as far as we can tell, no vote to split. While it’s fair to say that York Council is relatively well run, and that the city itself is a national gem, Outer York clearly needs to be heard on the national stage. I am learning a lot about how local issues are, or are not, being resolved.

Clearly the constituency needs a fresh MP who is in touch with the people. This is what I’ll work all hours towards, a more honest, focussed and compassionate form of representation.

6. What does democracy mean to you ?

First, it means equality in all circumstances. Every voter has the same rights as every other voter and it begins in communities. Second, that a functioning democracy instils in its citizens a sense of security and wellbeing. Third, it means that everyone has the opportunity to contribute to democracy’s progress. Fourth, it means access to high-quality education, healthcare and culture. Fifth, it means accountability, openness and fairness. As a nation, it seems we’ve drifted miles away from all the progressive rights democracy brings. And so finally, democracy means having the freedom to try to make change happen, to restore all that potential.

7. There is a developing culture of councils, councillors and MPs telling the public, rather than listening and engaging. It feels like they are instruments of central government, do you agree with that, what would be your approach ?

The behaviour of national government determines the behaviour of local government, it sets the tone. And the tone is clear, it says that we have forgotten how to listen. We listen in order to respond, rather than to understand. We often feel the need to speak before the we feel the need to deliberate. The answer lies in being present and being thoughtful. I’d love to have a big political conversation about how politicians – national and local – approach each other. A is core will be a focus on how to listen.

The first 9 candidates announced on 24 October will be standing in the following seats at the next general election:

“Save a life and call it in” is the plea to members of the public this Christmas. The York and North Yorkshire Road Safety Partnership are asking people to call out anyone who is behind the wheel when under the influence of drink or drugs, by dialling 999. From 1 December 2022, North Yorkshire Police’s drink and drug drive campaign will see officers patrolling the county in marked and unmarked police vehicles in a bid to ensure that those who put their own lives and other road users lives at risk are caught and prosecuted. Police are also keen to Harrogate Informer …

Students have enjoyed an action-packed trip to Maine as part of Rossett School’s long-running American Exchange scheme. Now in its 36th year, Rossett’s programme of exchange visits with Falmouth Middle School has made a very welcome return this year after an enforced break during the coronavirus pandemic. As well as attending lessons with their exchange partners, Rossett students took part in a variety of educational and leisure activities during the two weeks of their visit. This included a visit to Portland Lighthouse and the historic landmark Victoria Mansion, a fishing trip to catch lobsters, and evening entertainment such as bowling Harrogate Informer …

Daniel Roy Connelly has been announced as the True & Fair Party Prospective Parliamentary Candidate (PPC) for York Outer, being 1 of 9 candidates announced to campaign to be an MP. The 56-year-old is an ex-diplomat, professor, author and Shakespeare expert is entering national politics for the first time. It is expected that there will shortly be further announcement of candidates, including one for Harrogate. The True & Fair Party was launched by Gina Miller earlier in 2022, to tackle political corruption and institutional weaknesses, and campaign for the modernisation of UK democracy. Policies include: Political reform – A legally Harrogate Informer …