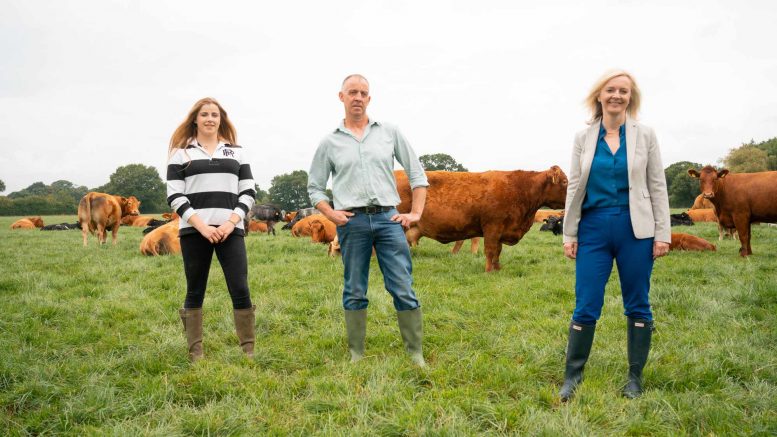 Farmers across Yorkshire are set to benefit from future Free Trade Agreements (FTAs) with the US, Japan, Australia and New Zealand, which will open up new opportunities to sell local produce overseas.

International Trade Secretary, Liz Truss, visited Oak House Farm, near York, where the owner has also helped to lift a 24-year ban on US beef being exported to the US.

On her visit, she outlined how new trade agreements with nations all over the world will open up markets that local farmers would not have been able to access previously. Such agreements will allow overseas buyers to access UK produce, which is in huge demand across the world, removing or reducing the tariffs that currently exist.

Government analysis shows the agricultural industry will benefit significantly, with a free trade agreement between the UK and US predicted to boost UK growth in the semi-processed foods sector by up to £36m, and by up to £87m for processed foods.

With agriculture such a major industry in Yorkshire, the region stands to benefit more than most. Indicative estimates show that an ambitious UK-US FTA could boost the local economy by as much as £287m.

The free trade agreements we are currently negotiating, including with the US, will provide local farmers with better access to some of biggest consumer markets in the world.

It has been great talking to farmers about how they can benefit from the Britain becoming an independent trading nation once again. We want British farming to be at the heart of our trade policy, and over the coming months will be stepping up engagement with the industry so farmers can seize new opportunities to sell abroad.

This is a particularly exciting time for beef farmers, with the US market now open to them for the first time in a quarter-century. I congratulate all of those involved in lifting the ban.

The agriculture sector stands to flourish further in America from the recent lifting of a ban on UK beef products. The ban has been in place since 1996 but has been overturned following negotiations by UK government, the Agriculture and Horticulture Development Board and industry groups.

The owner of Oak House Farm, Mike Powley, has been at the centre of that campaign to reinstate British beef in the US, which is estimated to create £66m worth of export opportunities for farmers here.

It’s fantastic news that the market has opened up, because we don’t use growth enhancers of any sort and the Americans are just getting a taste for grass-fed beef and understanding that it tastes different. The grass-fed beef market has risen by 15% in the last six months, so it’s a fantastic time to be joining.

Yorkshire has a lot of hilly areas where ground can’t be cultivated for crops. We have a lot of farmers producing cattle, so it’s really important for Yorkshire to have that market ready for our beef.

The UK’s negotiating objectives make clear that any future agreement must protect and uphold our high standards on food safety and animal welfare.

The Department for International Trade recently established the Independent Trade and Agriculture Commission to protect and advance interests of consumers and industry. The Commission includes agriculture representatives from every nation of the UK