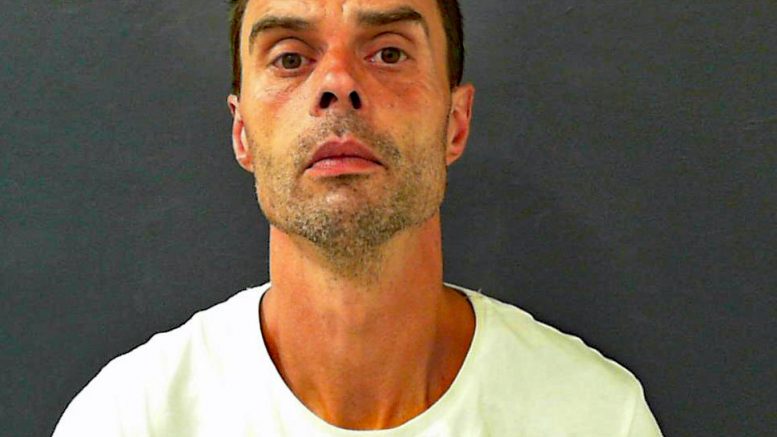 A Skipton man has appeared at Hull Crown Court today (Wednesday 29 July 2020) and has been handed a two year prison sentence for breaching a restraining order.

48-year-old John Lowndes, who was already serving a two-year prison sentence for making threats to kill and engaging in coercive and controlling behaviour, pleaded guilty to breaching a 10-year restraining order that was put in place to prevent him from contacting his victim.

Within weeks of being put behind bars for the original offences, Lowndes blatantly ignored the order and attempted to continue the control of his victim from his prison cell. Using other inmate’s names he sent her multiple letters, attempting to intimidate her to appeal to the courts to request that the restraining order be lifted. To further pressurise and scare her into action, he also encouraged other prisoners to contact her.

Thanks to the bravery of the victim and the joint working of North Yorkshire Police and Humberside Police, Lowndes, who was due to be released from prison on 30 June 2020, was arrested for the breach at the prison gates and was remanded in custody until his appearance in court today. Throughout the investigation and court process the victim has received continued supported from North Yorkshire Police officers, the force Safeguarding Team, IDAS (Independent Domestic Abuse Services) and other partners.

Through breaching the restraining order Lowndes showed not only a blatant disregard for the courts, but also the arrogant belief that he could continue to control his victim from his prison cell. I’d like to take this opportunity to commend the victim for her bravery, telling the police about the abuse she continued to suffer and her strength go through the court process again, to put this man where he belongs – behind bars.

Police Constable Pete MacMillan, who was also involved in the investigation added:

We hope this sentence sends a clear message to others who may be living in fear of their partner or a family member; we will do everything in our power to ensure victims of domestic abuse and coercive control are kept safe and that those who repeatedly use these sickening tactics to insight fear and exert control over those they are meant to love, face justice time and time again.

If you are living in fear or abuse, you can contact North Yorkshire Police on 101. If you are at immediate threat of harm always dial 999 and we will respond to you.

If you do not want to contact the police, you can contact IDAS www.idas.org.uk or Supporting Victims in North Yorkshire www.supportingvictims.org

Details of further support services can be found on the North Yorkshire Police website here – www.northyorkshire.police.uk/DAsupport