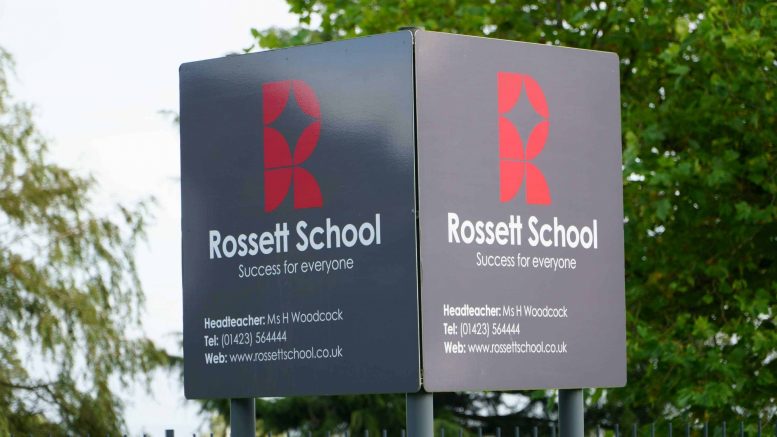 Students at Rossett School in Harrogate are celebrating their achievements and planning for the future after receiving their A-level and post-16 results.

Headteacher Helen Woodcock said the school was “extremely proud” of each and every student, and that the result of their hard work was evident in the number of students who had secured their offers at University, FE, apprenticeships and in the world of work.

She said: “Results day has been all about our individual students and securing their progression routes for next year. It has been a joyful day with the school open to young people and their families, and a wide team of examinations specialists, senior and Sixth Form leaders – working from school and remotely – to support their choices.

“Our students at Rossett have worked consistently throughout the two years of their Sixth Form education. As we have been an iPad school for a considerable time, we were not surprised that they rose to meet the challenge of working remotely from March of this year with resilience, determination and optimism.”

Ms Woodcock added: “In a demanding year, characterised by the cancellation of many of the ‘rites of passage’ for students progressing on to university and the world of work, we look forward to celebrating in person with all of our students in the near future. Year 13 have proven to be a remarkable group of young people, supported by their parents, the staff here at Rossett and the wider local community to achieve remarkable results in these testing times.”

Head of Sixth Form Brendan Foley also congratulated his students, saying: “It has been an absolute pleasure to see the hard work of students recognised in their university, college and employment offers. We look forward to hearing of their future successes and celebrating their achievements in the next academic year.”

Ms Woodcock said the demands on Sixth Form students had increased significantly this year, and many had been concerned about the cancellation of the summer examination series and the political interventions that have led to confusion and concern in the run up to the publication of their results.

She added: “Whilst the school celebrated the achievements of all students, they were particularly disappointed in the disparities thrown up by the national moderation process. As many Rossett students have had their places at Cambridge, Imperial and Russell Group universities confirmed today, others have been affected by national moderation, outside of the school’s control, and will be the subject of robust appeals.

“Along with other schools both locally and nationally, we have concerns about the methodology used to calculate the grades this year and the ‘triple-lock’ appeals process announced earlier this week – both of which will impact some of our students.”