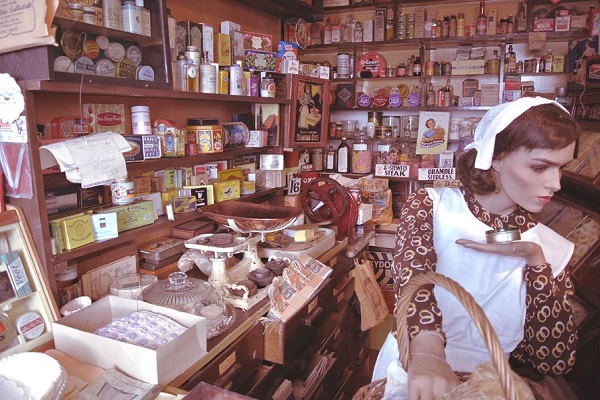 Nidderdale Museum has a large collection of exhibits, illustrating different aspects of life and work in Nidderdale through the ages.

The Nidderdale Museum was founded in 1975 by a group of enthusiasts who shared a deep concern for the traditional way of life which they felt was rapidly disappearing after the second world war. Farms were adopting new methods, the former lead and stone industries had collapsed, and families were becoming dispersed.

Our premises are provided by Harrogate Borough Council in the building originally erected as the Pateley Bridge Union Workhouse (1863) to replace an earlier workhouse on Bishopside Moor. It is now known as The Old Workhouse.

Apart from this assistance the Museum has been, and continues to be, entirely run and staffed by volunteers, who were recognised in 2010 by a Harrogate Volunteering Oscar Special Award. In 2017 we were presented with the Queen’s Award for Voluntary Service.