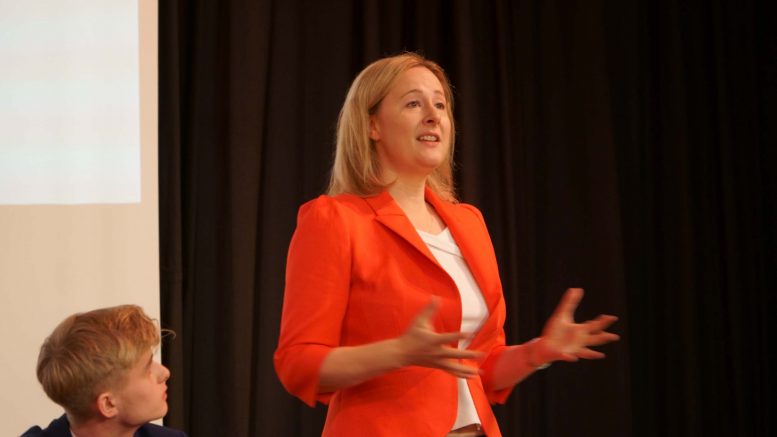 Liberal Democrats have launched a petition calling on the Tory Government to abandon their disastrous proposals for a mega council and Executive Mayor, instead bringing decision-making closer to residents.

Harrogate Conservatives are too busy fighting one another to stand up for residents in our district, with council leader Richard Cooper writing articles in the press, criticising his Tory colleagues.

At such a difficult time, with many residents really suffering from the effects of Coronavirus, do we really need to be going through a massive local government reorganisation that could cost taxpayers millions and disrupt vital local services?

We need local decisions to be made by people who live in our area, not those on the other side of our vast county. I don’t see why the Government is trying to force this through and it’s time Andrew Jones MP stood up for our area on this.

Nobody in Harrogate and Knaresborough will think a huge new council is acceptable. If we have to have local government reorganisation the most sensible solution would be to create a unitary council covering just the present Harrogate district. There are similar sized authorities in other parts of Yorkshire & the Humber.

This would mean disruption is kept to a minimum, local people are still in control of council decisions, and we can keep on using the expensive new Council Offices that the Conservatives insisted on building with £millions of taxpayers money in Harrogate.

Between 10pm and 10.30pm on 23 December 2020, a man was walking along Priest Lane in Ripon when he was approached by individuals who assaulted him, before making off in an unknown direction. The man suffered a fractured nose in the incident and received hospital treatment. Police are requesting the public’s assistance to help establish the full circumstances surrounding the incident. In particular, we are appealing for anyone who may have been in the Priest Lane area of Ripon at the time of the incident or who may have dashcam footage or CCTV. Anyone with information that could assist the
The postRipon assault investigation appeared first on Harrogate Informer Harrogate Informer…

Car parking was free during the earlier part of the year at Harrogate Hospital for both staff and visitors. That changed on 23 September, when charges were re-instated for all with the ticketed parking for visitors and staff parking at the normal rate of £50 per month. In November 2020, a Liberal Democrat motion to support and encourage NHS Hospital Trusts to provide free parking for staff  was unanimously supported by North Yorkshire County Council. County Councillor Geoff Webber (Lib Dem Bilton & Nidd Gorge), who moved the proposal, commented: I am delighted that this proposal has received unanimous and
The postStaff parking charges to remain at Harrogate Hospital appeared first on Harrogate Informer Harrogate Informer…